Wind power is not just about electrical generation, but also direct work of pumping, traction, milling, and so on. Desalinization, pumped hydro, and many other industrial-scale processes are best done by direct work, without high electrical CapEX and two-way conversion losse.

Ocean Carbon Dioxide Removal (CDR) is an urgent priority to biologists alarmed over biodiversity collapse. The oceans are rapidly acidifying, as they absorb atmospheric CO2. In fact, Climate Change would be happening even faster if oceans were not absorbing so much CO2, but this capacity is now becoming saturated. Excess chemical nutrients from Ag run-off are creating both anoxic dead-zones and massive invasive monoculture blooms of jellyfish and algae (ie. Sargassum natans VIII).

If this excess carbon-laden biomass was harvested, a multitude of benefits are possible, including biofuels, fertilizer, and other products. Residual biochar can make the industrial process carbon-negative overall. Aviation in particular needs a carbon-negative bio-fuel solution, until new forms of power are workable. Engineering schemes are under study to harvest surplus carbon-rich macroalgae biomass before it decomposes acidicly. To harvest this biomass by conventional fuel-based boats would be mostly self-defeating; fuel dependence adding back CO2. The ready alternative is wind and hydrokinetic power in various forms.

Traction kites are perhaps the ideal kinetic-energy basis to harvest billions of tons of invasive macroalgae, to accomplish massive CDR, mitigate climate changes, and save the oceans. 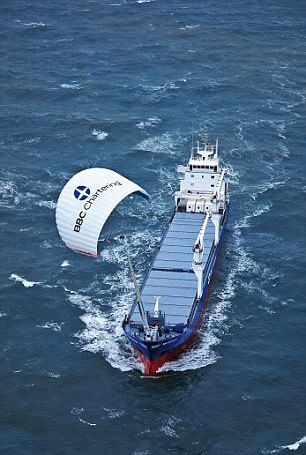 We need not guess where to go to harvest sargassum by wind-based navigation. No other biomass is such “low hanging fruit”. Compare with microalgae production-

I totaly agree Dave with you on this post. We need to act fast and start awakening and be alerted. I just watched one National Geographic’s docu when is stated that we loose species with light speed and we need to take steps now and immediately.